According to my Akashic Records, the United States of America is going through the biggest upheaval since the Civil War. This includes social and political as well as geological turmoil. We’re experiencing a crisis of the very soul of America and who we are as a people. That soul could be viewed through the symbol of “Lady Liberty,” our feminine aspect, whose power and grace we have mistreated and ignored. There is now a strong emphasis to remember and honor this “Mother of Exiles,” the emblematic goddess who was to carry the light of freedom for all people and for our blessed land.

Seeds for a more just and equitable world that were planted in the sixties—civil rights, gender and economic equality, environmental protection—are now bearing fruit as paradoxically seen through its opposites. Unresolved issues of America’s past are destined to repeat themselves and can manifest as illness, war, social unrest, and climatic upheavals. Truth is blooming everywhere through the dissonance of denial and blame. Everything denied is exploding before our eyes.

Take heed! This is a profound time of awakening to who we are as humans and as planetary citizens, as past and present misdeeds are being revealed. America is going through growing pains that demand we take responsibility for the health of the Earth, each other, and our bodies. We can no longer afford our excesses or abuses.

For a sensitive person, it is distressful to observe the dissonance being played out so dramatically. It is natural to feel outraged or aggrieved, to feel confused and ungrounded; however, do not despair! It is no accident that you are here now, in this body, at this place, in this time! We’re in the midst of major culture change, and our bodymind is working hard to adapt to a new way of being.

The archaic paradigm of domination and control is transforming into cooperation, equality and sustainability which is necessary for our evolution…necessary for our very survival! Liberated, compassionate humans who believe in a promising future are wired for this. It’s time to reclaim and proclaim the compassionate, feminine spirit and take our lead from Mother Earth. She is waiting for us! 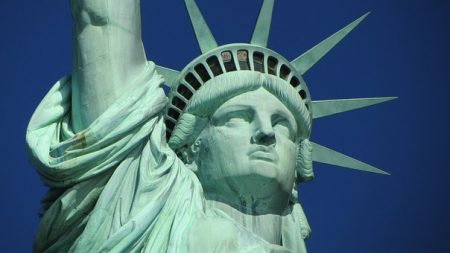