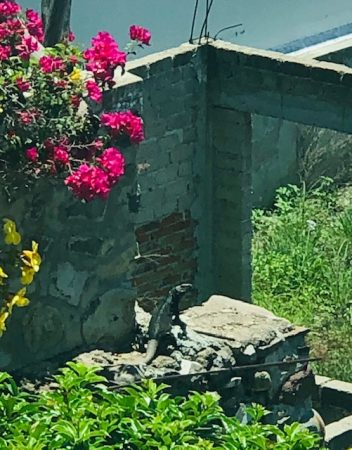 The dividing lines in the U.S. have been drawn between blue and red, masks/no masks, science vs. religion, fact vs. conspiracy. Reality has become rather scrambled into a polarized black and white world as a pandemic of fear has steamrolled the old myths and way of life in America. So much is crumbling before our eyes from a Constitution we thought immune to corruption and lawlessness to masses dying from a novel virus we don’t know how to control despite our ‘big gun’ know-how to destroy an enemy. We’re having to face and synthesize a time of eminent uncertainty.

During this destabilizing ‘trickster’ Time of Covid—Corvid—I am intrigued by the binary/dualistic mindsets of people, including examining my own beliefs. I have seen people I thought ‘progressive’ mask-shame others through virus fear and the belief that a vaccine is the only ‘cure’ or way out, scorning those who may be more skeptical of a vaccine. Likewise, we’ve all seen so-called conservatives/libertarians acting like cavalier radicals scorning masks and science altogether. I think that truth—sense and sensibility— lies somewhere in the cracks between fact and fiction.

How do we learn to live with the risks of life and death without endangering each other nor devastating the planet?

Welcome to that contracted incubatory or liminal stage where we are caught between the dying old and pregnant new. This tenuous place of not-knowing can look and feel like chaos or suspended reality, like a Plutonian death and rebirth process! Maybe what we thought we knew has to be torn apart and reexamined so that we may ‘unearth’ what is most viable for our species and the planet to co-exist and thrive.

Can we be patient pilgrims, awaiting new stories, new models and new paradigms to arise to help guide us where leaders and systems have failed?

Looking back to the Middle Ages (500-1500), if you dare, the devastation from the bubonic plague (1346-1353) eventually resulted in wide-ranging social, economic, cultural and religious changes that led to the emergence of the Renaissance (1400-1600), said to be one of the greatest epochs for art, architecture, and literature. It is also worth noting that witch-burnings (1450-1750) were also popular during this not-so-enlightened period. Likewise, following WWI and the 1918-20 Spanish flu, arose the revelatory and rebellious 20s followed by the 1929 market crash and Great Depression.

What might we learn by observing and reviewing historical cycles as well as astrological ones?

Maybe we are currently going through a compressed, post-industrial Dark Age or Dark Night of the Soul (Pluto-Saturn conjunction in Capricorn). What if the virus is really a gift from Mother Gaia?

Being forced to slow down and reflect, thanks to an infectious novel virus, we can rediscover what is really important and reassess our value systems. Through suffering and loss, might we become aware of our collective trauma, gain a deeper understanding of where we came from, where we might be going and rediscover our resilience and mutuality? We don’t yet know where we’re heading but we can start imagining new stories and deeper truths in which to live by.

What may you foresee of the future?

I can envision a post-modern, post-anthropocentric age where human value is no longer based on profit margins, commodities and accumulated wealth. Instead value will be placed on ensuring that basic needs are met and all life is respected. I would like to see an ethics of ‘holism’ pervade medicine, education, government and work environments that honor diversity and the human spirit. What about self-healing, where we trust our own innate human apparatus? How about regenerative farming and the connection with Soil and Soul? I can imagine a post-Covid Renaissance, a coronation into an awakened period of collaborative ideas, artistic expression, revered leisure time and a revitalized connection to the Earth as Sacred—but we may have to go through the Dark Night of Dystopia to get there!