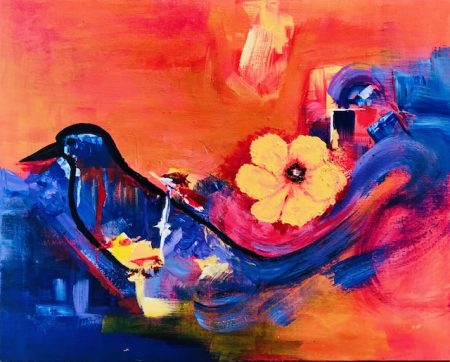 Linda Joy Stone turns 70 years old today! I was born Nov 7, 1950, (Scorpio Sun, Cancer rising and Libra Moon) to Eric & Marylou Stone, both Cancers, dad a Swedish immigrant. As my Republican parents proudly proclaimed, I was born on election day and came home on Veteran’s Day. How patriotic is that!? Here are the voting outcomes of that day:

Like his predecessor Franklin D. Roosevelt in 1938, Truman and the Democratic party managed to maintain control of both houses, defying the six-year itch phenomenon for the second time in a row. However, the election was still a defeat for Truman, as it strengthened the conservative coalition and ensured that none of Truman’s Fair Deal policies would pass. Republicans also ran against Truman’s prosecution of the Korean War, and the 82nd Congress subsequently conducted numerous investigations into the course of the war. The election set the stage for the presidency of Republican Dwight D. Eisenhower and the centrist policies of the 1950s.

Included in that 1950 history was the Korean war and bullying, red-baiting Senator Joseph McCarthy, whose ‘consigliere’, Roy Cohn, would later become DJ Trump’s revered mentor. Maybe being born into a time of unjust wars and fear-mongering—fear and hatred of ‘other’—would have an effect on my psyche and life-long ‘liberalism’. Never mind coming of age in the 60s and opposing the disastrous Vietnam War!

I have never missed voting in an election since I became of voting age and voted for McGovern and most recently voted against Trump from abroad, as a fairly new ‘immigrant’ to Mexico. Interestingly, I have never voted Republican, sorry, Mom, Dad and sis! I was more aligned with my ‘beatnick’ brother nearly 20 years older and a product of the Korean War. Now they are all departed and I, as the youngest pebble, am the last of the Stones.

So, the best possible birthday present that this feisty, idealistic, tree-hugging, 70-year-old ‘libtard’ could hope for would be getting #45 and his family out of the White House! Enough already! It’s time to unite and address the national wounds as well as reach out again to our world allies.

It might be time for us old farts to question our long-held belief systems (BS) and be willing to step into the yet unknown post-Covid culture unfolding before us. May we pledge allegiance to the planet and all the life it supports…and reimagine an inclusive, cooperative, sustainable new reality! ❤️🙏🏼🥂🥳