I. A Human Conundrum

Here we are in 2021, in one of the most onerous and befuddling times most have ever known—masking our faces and hiding from a microscopic menace that keeps morphing, killing millions and infecting hundreds of millions more.

Besides the pandemic anxieties and restrictions, the world is reeling from “post-traumatic Trump disorder” (PTTD) and America’s ensuing uncivil unrest. Many are feeling weary and disoriented from a world turned upside down. So, we await the panoply of vaccines to help turn things right side up, or at least that is the hope. Me, I’m waiting for Sputnik V (or whatever arrives here in Mexico) and a new “heretical” consciousness to flip the switch!

Lest we forget, even prior to this new plague, Planet Earth has been on the brink of ecological and economic collapse. And the world’s wealthiest, ruling elites keep on getting richer as the middle class sinks deeper into the depths. If that doesn’t heat your blood…! Things certainly appear to be out of control, which is maybe why millions of raging, armed American citizens live in a fearful, alternate reality—the “real” problems threatening our mortality are just too immense to take in! 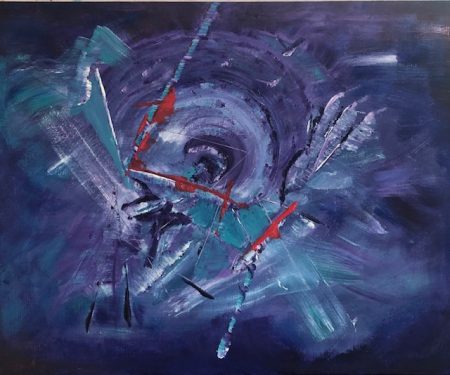 According to sensemaking writer/philosopher, Charles Eisenstein, in his article, To Reason with a Madman, “The Controllers of the ‘New World Order’ are not a conscious group of human evildoers, but are ideologies, myths, and systems that have taken on a life of their own…‘Culture’ comes from the same linguistic root as ‘cult.’ It generates a shared reality, by conditioning perception, patterning belief, and directing creation. What is different today is that entrenched forces are desperately trying to maintain a reality that no longer fits the consciousness of the public, which is rapidly moving out of the Age of Separation. The proliferation of cults and conspiracy theories mirrors the increasingly unhinged absurdity of ‘official reality’ and the lies and propaganda that maintain it.”

Conspiracies become rampant when old myths become archaic and no longer fit the social fabric. Maybe the “land of the free and home of the brave” is no longer viable. And maybe we’re not number one, but rather one of many. Yet there are those who can thoughtlessly imagine a cabal of liberal pedophiles trying to take over the world rather than accept the harsh realities of violence and suffering of so many due to war and inequality. Sadly, mankind’s inhumanity to “other” has plagued this planet since Pontius was a Pilot…or since the beginning of recorded human history…as well as the ongoing destruction of ecosystems due to extraction of resources.

What if the real plague is humanity suffering from psychosclerosis and moral ineptitude? Maybe we’re just not that mentally or emotionally evolved yet! You can have intelligence but lack consciousness. For example, someone can understand the science of and dire implications of climate change and yet conveniently deny the reality due to financial gain.

What a challenge it is to be a big-brained mammal! We are hard-wired by both our reactive fight-or-flight, primitive “lizard” brain and our personal conditioning. We are essentially tribal beings with an ingrained “fear of other”, including the boogieman hiding under our beds.

Of course, many are scared witless about their very survival, both physically and economically. Many have lost loved ones and their livelihoods. However, instead of blaming some “other”, it would help if we could accept that we’re all in this together, precariously navigating “Earth School” as if still toddlers. We all hold some degree of collective trauma—personal, cultural or ancestral—as well as the responsibility to be decent human beings. Fear and the myth of separation can keep us in a perpetual fight-or-flight stress mode that can deplete our vital life force and wear down our immune systems.

I’m sorry and happy to say, “there aint no way out…but in’…or…you gotta get in to get out!” (Is that from Genesis’ song, “Carpet Crawlers”…or did Alex, my husband and editor-in-chief, make that up? Googling “There ain’t no way out” took me to suicide prevention, which is not where I was headed, at least not in this essay.)

What a time of discombobulation where everything is changing! Maybe our neglected Mother Earth is rebelling and Covid is a gift from the trickster gods to force us to see our mortality and reckless, grasping behavior! Maybe this is what culture change, transformation—death and rebirth—look like…chaos! Is Pluto, god of the underworld, trying to wake us up?

Hark! There is hope for existential angst, at least in my book as a spiritual anarchist. We could start by simply being curious. What if we could be like ‘The Fool’ in the tarot deck depicted as a vagabond about to merrily step off the cliff into the unknown. The Fool represents new beginnings, having faith in the future, being inexperienced, not knowing what to expect, having beginner’s mind, improvisation and believing in the universe. How sweet is that?! 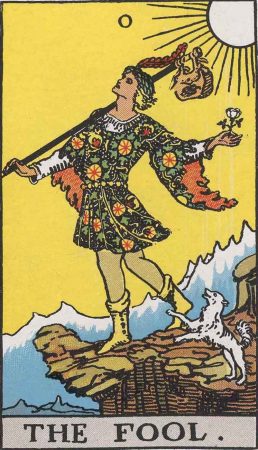 What if we were to turn to the gods, goddesses, bodhisattvas, nature spirits, light beings and tricksters to help us recombobulate? What if these ‘guides’, in whatever form you can imagine them, are just at the periphery of our vision? Surely, you’ve experienced little synchronicities that stop you in your tracks, miffed or amazed! What might these ‘meaningful coincidences’ be showing you? What if everything, including flora and fauna, could be seen as allies, comforting us in our grief, our fear, our despair, as well as aiding in our wonderment? What if harmony is the natural state of things and humans just tend to muck it up? The trickster/fool might have to pull the rug out from time to time to get our attention or force us to be still.

One way to take respite from our human bumfuzzlement is through humor. Those who grok irony, will actually find relief in paradox and the absurd, as I do. Those with enlarged, fear-enhanced amygdalae (lizard/limbic brains), who take things literally, may have difficulty comprehending or seeing what’s funny. They’re the ones with the guns and may be coming for us ‘fools’ for our imaginative, irreverent view of “reality”. A paradoxical belief in everything and nothingness might be a bit of a bumfuzzle to someone with rigid belief systems. Acknowledging the disintegration of pre-conceived worldviews can offer endless, creative possibilities.

So, why not make everything and everyone an ally! What do you have to lose? Be the kind, curious Fool and gently poke around for common ground with a humble side of humor! 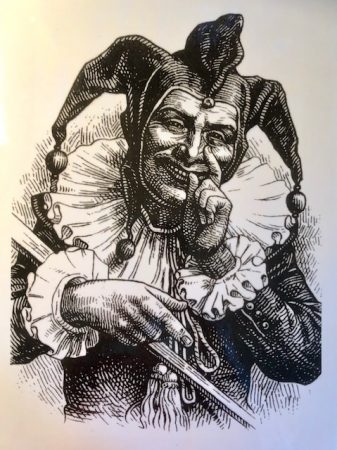 First, if we’re all going to eventually die, though we generally know not when, acceptance of this inevitability is primary. Second is that we’re all in Earth School together as a traumatized human family with a need for love and safety. Third, if this is It, and we are It, how can we ‘play’ nice together? How can we have fun at the precipice of the cliff, facing collapse and/or rebirth and live and die laughing? Lastly, how can we help each other and be good planetary stewards to help rebuild and regrow sensibly?

In this time of cult-ure change where anything is possible, I’m choosing the story that we’re on the cusp of a New Renaissance in creative expression, of living simply in reverence for beauty and in cooperation with all life. That is how I would like to live! May we invite the dystopian, fearful “amygdalanos” into our hub to smoke the peace pipe and pledge allegiance to the fool of playfulness with whatever time we’re allotted.

If we’re all going to die anyway, why don’t we live, love and die laughing…with crazy wisdom?!